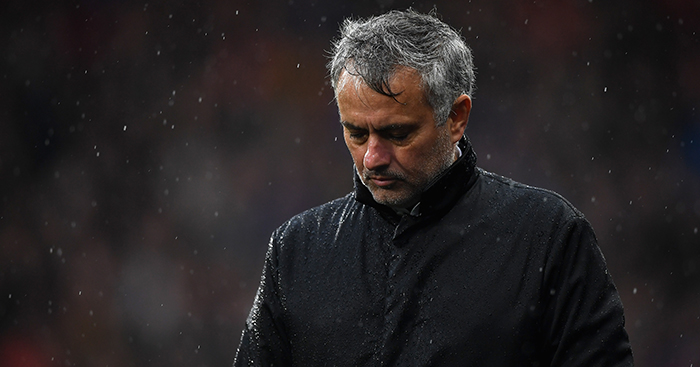 Jose Mourinho was scathing in his assessment of Manchester United‘s performance after they surrendered their unbeaten start to the Premier League in a 2-1 defeat at Huddersfield Town.

United had won six and drawn two of their opening eight games, and had kept clean sheets in seven of them going into Saturday’s clash at the John Smith’s Stadium.

Huddersfield, meanwhile, had not win in six games and had failed to even score in their last three, but first-half goals from Aaron Mooy and Laurent Depoitre proved enough to earn them a famous victory despite Marcus Rashford reducing the deficit 12 minutes from the end.

In truth, it would have been unfair on Town had United rallied to take anything from the game, and Mourinho was in no mood to make excuses for his players after the defeat.