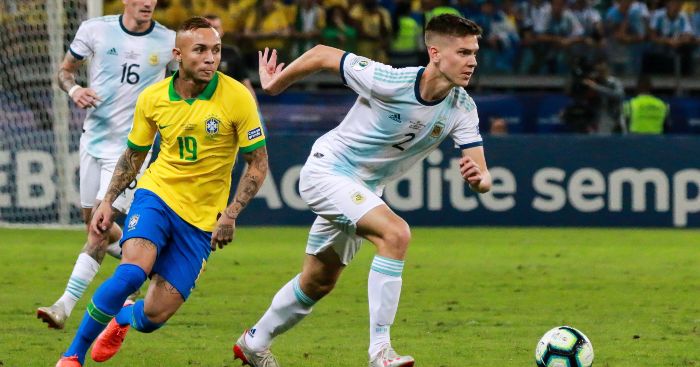 Juan Foyth may have ended up on the losing side as Argentina were beaten 2-0 by Brazil in the Copa America semi-finals – but the Tottenham defender still found the time to embarrass former Liverpool star Philippe Coutinho.

Goals in either half from Gabriel Jesus and Roberto Firmino secured victory for Brazil, who will now face either Chile or Peru in the final.

Argentina were left to rue missed chances from Lionel Messi and Sergio Aguero, who both saw efforts come back off the woodwork, meaning they still haven’t beaten Brazil in a competitive fixture since 2005.

But Foyth at least gave fans something to smile about, beating Coutinho with a Garrincha-style feint.

11 players you didn’t realise were at Tottenham: Beckham, Hooper, Rasiak