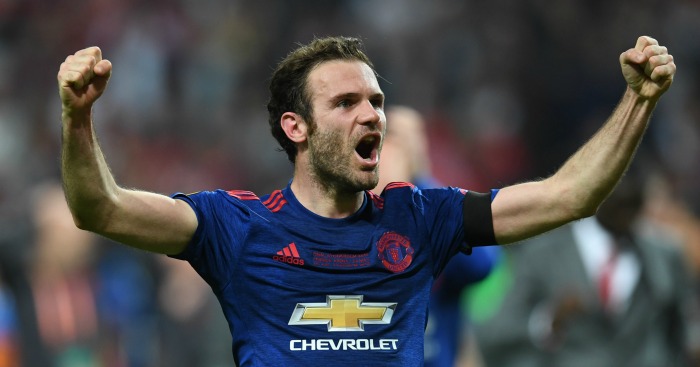 Manchester United have teamed up with Virgin Money to offer fans the chance to pick the club’s ultimate starting XI of the Premier League – and Juan Mata is among the players to have had a go themselves.

The Red Devils have been the most successful club since the inception of the Premier League in 1992 and thus Old Trafford has been the home of the some of the greatest players to have graced the division.

Mata has only been at United since 2014 but has an eye on the history of the club with some of his picks, meaning there is no place for current team-mate Michael Carrick.

The Spaniard even finds time to take Chris Smalling out of the defender’s own XI, and we must admit, Mata’s team would take some beating.

Pick your United By You XI by clicking here – don’t forget to share it on social media using the hashtag #UtdByYou.