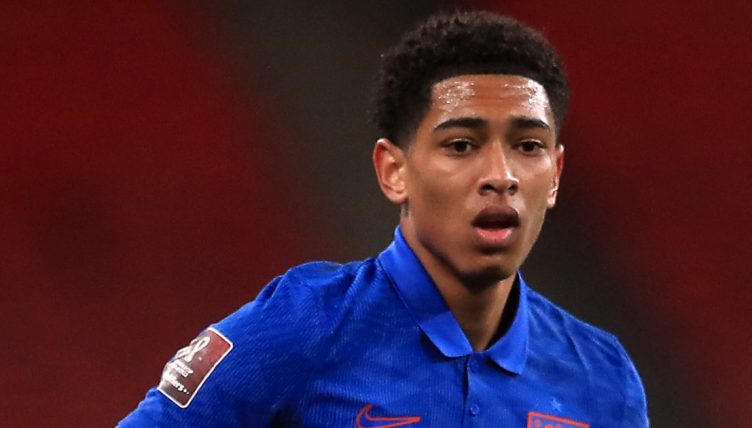 Jude Bellingham gave England team-mate Eric Dier a glimpse of his incredible skills close-up before their 5-0 win over San Marino.

Since joining Borussia Dortmund from boyhood club Birmingham City last summer, Bellingham has established himself as a first-team regular.

He also became England’s third-youngest international of all time when he made his debut against the Republic of Ireland in November 2020.

The 17-year-old has now made his competitive debut for England, coming as a half-time substitute in their World Cup qualifier against San Marino on Thursday.

Bellingham impressed in his 45-minute cameo at Wembley but it was a piece of skill during the warm-up that really caught people’s attention.

The midfielder does a brilliant heel flick which diverts the ball perfectly through Eric Dier’s legs as he walks across the pitch.

“He’s a player we think is going to be an England international in the future,” Gareth Southgate told ITV after the game. “We feel that in that area of the pitch, although we were very happy with everybody tonight, we are a little bit short in numbers.

“For us to help develop him, to put him into games and to try and get him with the team, with the development he is getting at Dortmund as well, we’re hoping we can play a part in fast-tracking him into the group.”