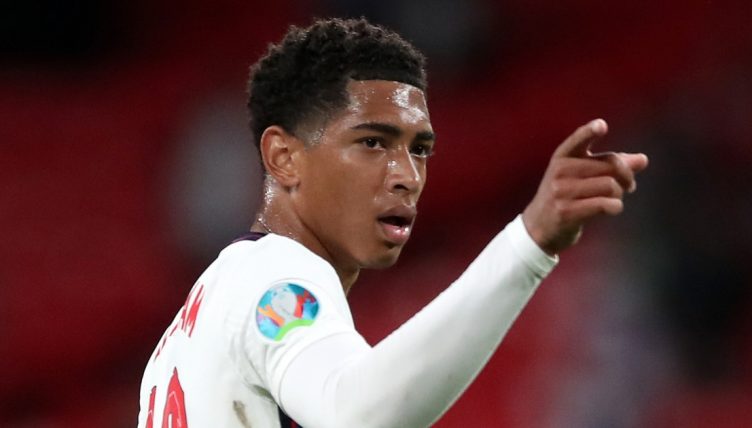 Jude Bellingham is 18 years old and that is frightening.

After a meteoric rise at Birmingham City, Bellingham has excelled at Borussia Dortmund and won his first England cap against Ireland in 2020.

And after making a handful of substitute appearances at Euro 2020, the midfielder was given the chance to shine against Andorra by Gareth Southgate.

Judging by this piece of skill, it’s safe to say he grabbed the opportunity with both hands.

After being hounded out towards the touchline, Bellingham managed to wriggle his way past two opponents before a third made an ill-judged attempt to dispossess him.

Big mistake. Showing composure beyond his tender years, the Dortmund man slipped the ball through the defender’s legs and went on his way.

The number one single on Bellingham’s birthday was Bring Me to Life by Evanescence. Now he’s embarrassing opponents for fun in an England shirt. We’re old.