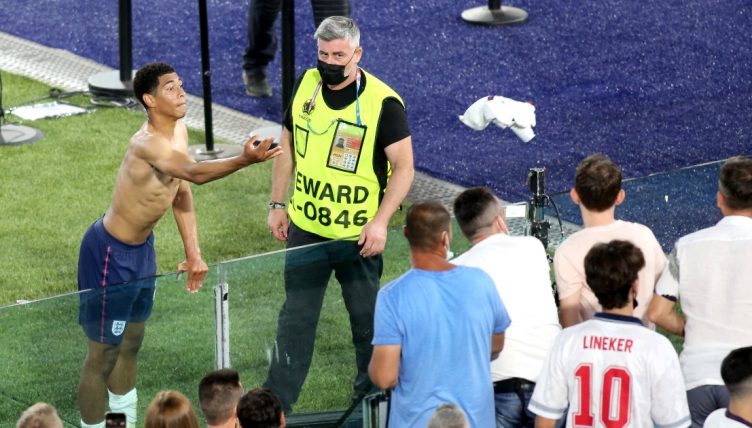 England booked their place in the semi-finals of the European Championships in emphatic style on Saturday night, dispatching Ukraine 4-0 in Rome, and there was a touching post-match moment from Jude Bellingham as he gave his shirt to a group of Birmingham City fans.

The Blues youth graduate only turned 18 on Tuesday but was brought on by Gareth Southgate in the second half at the Stadio Olimpico as the Three Lions cruised into a Wembley meeting with Denmark on Wednesday.

Harry Kane set the tone for England, scoring either side of halftime with Harry Maguire also finding the net between the captain’s goals.

Jordan Henderson came off the bench alongside Bellingham and headed in a fourth just after the hour mark, his first in an England shirt.

After full-time the players went over to the small contingent of England fans who had made it to Italy for the game to show their appreciation.

Bellingham was videoed hunting out a group of Birmingham City fans to give his match shirt to.

What a heartwarming moment.

Jude Bellingham seeks out a group of Birmingham fans to give his shirt to!