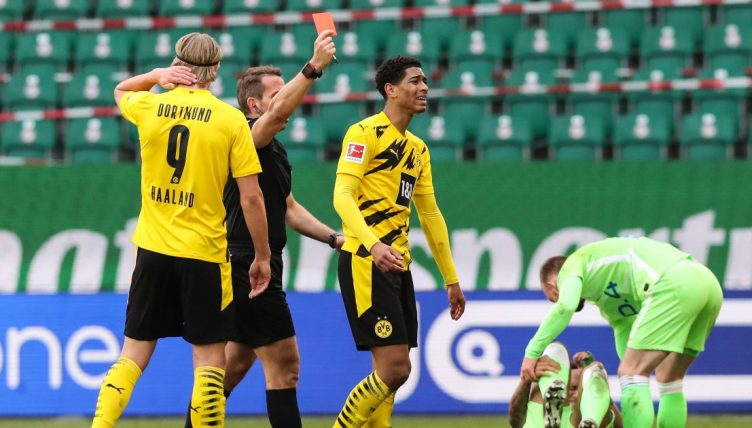 Borussia Dortmund picked up a huge three points on Saturday afternoon, keeping themselves in the race for the Bundesliga’s top four with a 2-0 win over Wolfsburg, while Jude Bellingham will have breathed a sigh of relief.

Bellingham received the first red card of his career, and became the second-youngest player to be sent off in Bundesliga history, after a second yellow just before the hour mark.

The 17-year-old England international pleaded with the referee but could have few complaints after he caught former Newcastle full-back Kevin Mbabu with a late tackle.

Bellingham was dismissed as Dortmund were hanging onto an all-important one-goal lead over Wolfsburg, who they moved within two points in the battle for Champions League qualification.

But fortunately for him, Erling Haaland (who else?) came to his rescue shortly afterwards, doubling Dortmund’s lead his second goal of the game, a typically powerful solo run.