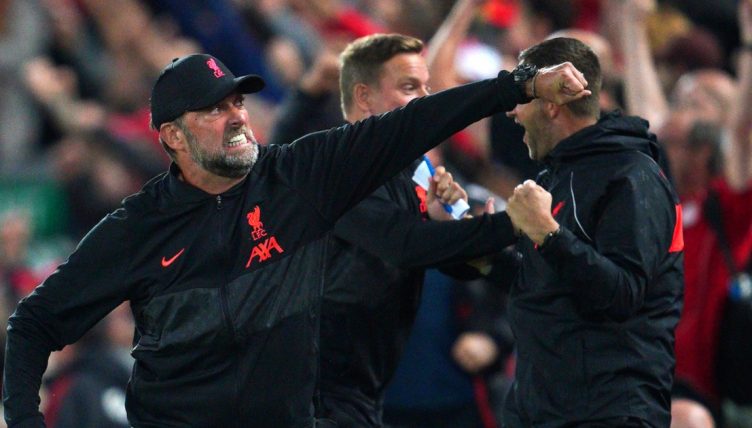 When Jordan Henderson scored the goal that earned Liverpool a 3-2 victory over AC Milan in their first game of their 2021-22 Champions League campaign, everyone other than those in the away end went mad.

It’s a natural reaction to grab someone close to you in celebration when there is a moment filled with emotion such as the Liverpool captain earning all three points with a wonder strike.

Jurgen Klopp felt that too and couldn’t help but pick up Thiago Alcantara, who had been waiting to come on as a substitute and got a piece of the action a couple of minutes later, being introduced as part of a double change.

The Spaniard made his own contribution to the victory, but it is the heartwarming moment with his manager that many Liverpool fans will enjoy watching as they look back on another great night at Anfield.

With fans back on Champions League nights, we are likely to see more great atmospheres in the stands, but Klopp will always make sure there is something to enjoy from the dugout too.

Get a partner who will lift you like how Klopp lifted Thiago 😂😂😂 pic.twitter.com/XcbfRIaYwP