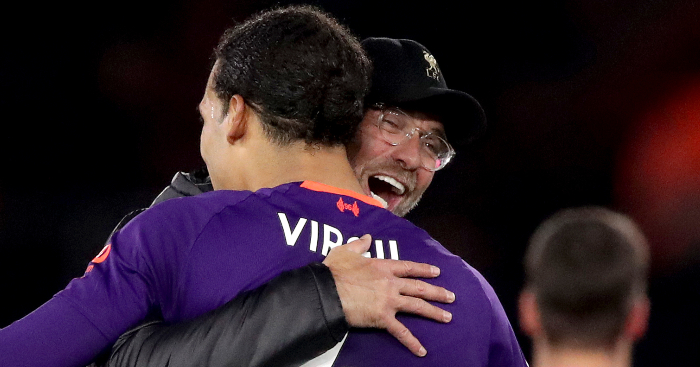 In an interview with one of the American broadcasters, Klopp was raving about his team, calling them “f*cking mentality monsters” after Mo Salah and Jordan Henderson scored late goals at St. Mary’s to give Liverpool another win in the title race.

They had a fair warning, though. About half a second before swearing he warns them “maybe you’ll have to bleep this…”