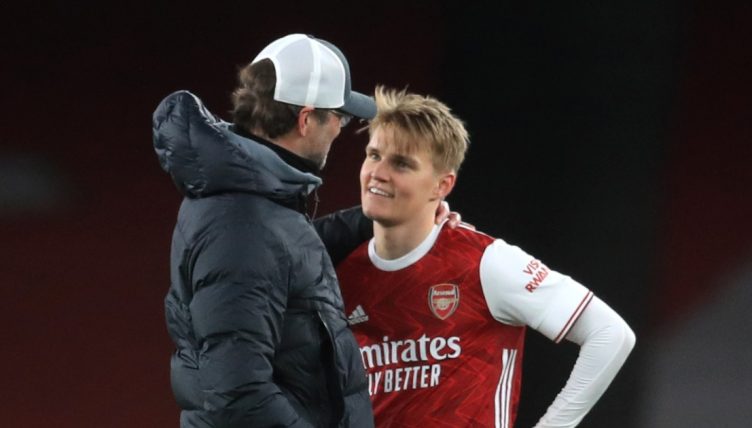 It’s no secret that Liverpool’s title defence hasn’t gone to plan. Derailed by injuries and loss of form, it was mathematically confirmed that Klopp’s team would not be retaining their crown on Saturday.

But all is not lost. The Reds have beaten Wolves, Leipzig and Arsenal in their last three matches as they hope to qualify for next season’s Champions League either through the league or winning this season’s final in Istanbul.

Whatever the outcome it’s clear that reinforcements are needed. That’s why the sight of Klopp in deep conversation with Arsenal loanee Odegaard caught the attention of so many.

With Real Madrid reportedly open to selling him, perhaps the Norway international is exactly what’s needed to freshen up the Liverpool squad.

What’s Klopp saying to Martin Odegaard after the final whistle at the Emirates? 👀