Watch: Jurgen Klopp doesn’t give a f*ck about being fined for swearing on TV 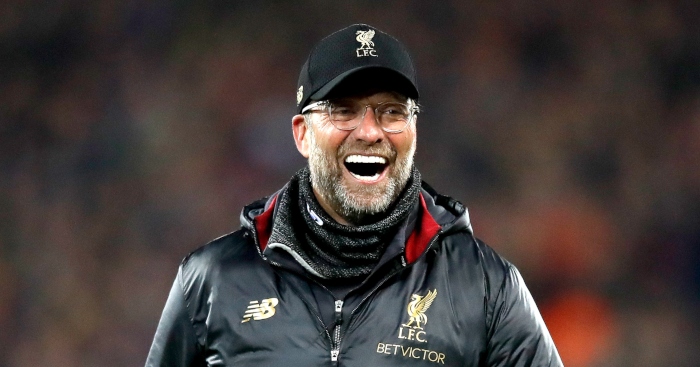 Jurgen Klopp was typically passionate after Liverpool‘s stunning comeback against Barcelona in the Champions League semi-final at Anfield on Tuesday night.

Liverpool overturned a 3-0 first-leg deficit with a 4-0 win over Barcelona, secured thanks to braces from Divock Origi and Georginio Wijnaldum.

Straight after the final whistle, Klopp ran to embrace James Milner, who was in tears after becoming overwhelmed by emotion, and the Reds boss did not hide his own feelings in his interview with BT Sport.

To be fair to Klopp, at least he had the decency to check it was past the watershed before lauding his “f*cking unbelievable” players, and he’s more than happy to pay any fine which comes his way.

Klopp "It's 10:10 the kids are in bed….these boys are fucking unbelievable. Fine me if you want."