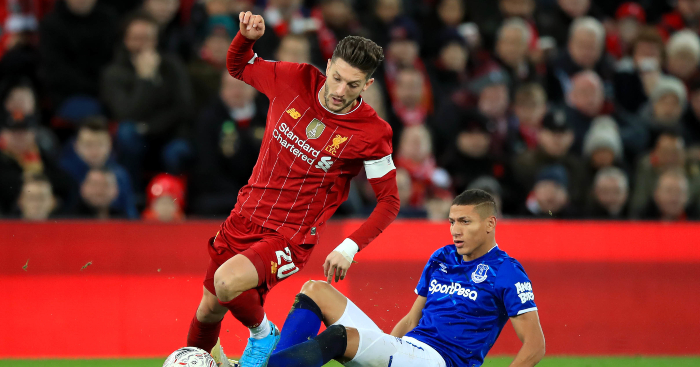 Jurgen Klopp couldn’t hide his delight with Adam Lallana’s display after the midfielder helped lead a young Liverpool side to a 1-0 victory over Everton at Anfield.

Liverpool progressed to the fourth round of the FA Cup on Sunday despite fielding a side consisting of a number of inexperienced young players.

Lallana was one of the few senior players in Klopp’s side, taking over the captain’s armband after James Milner was forced off through injury after just nine minutes.

After Curtis Jones scored a stunning winner in the second half, Klopp quite literally doffed his cap to Lallana, calling the 31-year-old “unbelievable”.