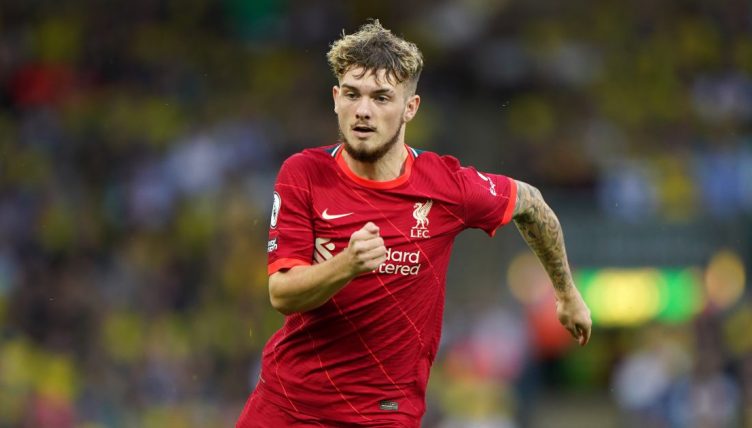 The 18-year-old has impressed in pre-season and looks set to remain with Jurgen Klopp’s first-team squad throughout 2021-22.

“He made a big step this pre-season,” Klopp said before the game against Norwich. “If Harvey stays fit then the football world can be really excited. In pre-season we wanted to see him in a deeper role because as a young player you have to learn a lot of things.

“When you are a bit more outside [on the flank] you get the ball from time to time and we wanted him to be a bit more involved. I liked his performance during pre-season. Good for us and good for him.”

The winger started on the bench at Carrow Road but replaced Naby Keita in the 83rd minute. After the full-time whistle, Klopp celebrated the win by walking onto the pitch and hugging Elliott.

Jurgen Klopp embracing Harvey Elliott at the end of the game ❤️ pic.twitter.com/aGg0GDSze4