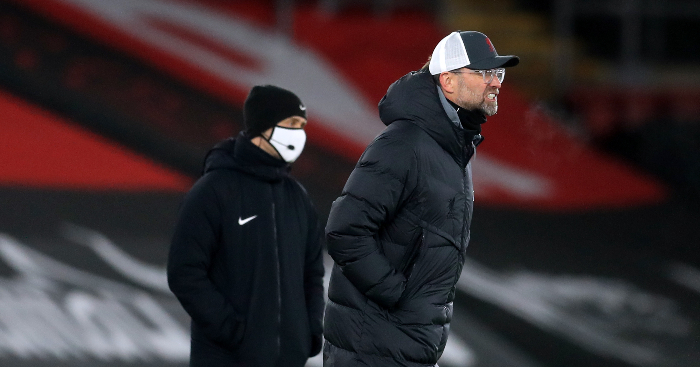 Jurgen Klopp was relatively serene after Liverpool suffered their second Premier League defeat of the season, but his post-match press conference still made for interesting viewing.

After losing 1-0 at Southampton, Klopp’s Reds remain top of the table, but they’ve now dropped seven points in their last three matches since thrashing Crystal Palace shortly before Christmas.

Manchester United will move three points ahead of Liverpool if they win their game in hand at Burnley, which is scheduled five days before Ole Gunnar Solskjaer’s side visit Anfield.

And Liverpool’s old rivals got a mention unprompted by their German coach, whilst speaking to reporters via video link post-match. He questioned the decision not to award his side a penalty, with a reference to how many United have been awarded in recent years.

That ought to add a little spice to proceedings when the two clubs meet in less than a fortnight’s time. This couldn’t be his answer to Rafael Benitez’s infamous ‘facts’ monologue, could it?

“What Andre Marriner did with Sadio Mané tonight, I’m not sure that’s okay,” Klopp said.

“Man Utd had more penalties in two years than me in five and a half years.”

Watch below (the specific quotes on Manchester United begin at 04:30 in the video if it doesn’t autoload).