Watch: Jurgen Klopp gets into row with Monterrey boss at Club World Cup 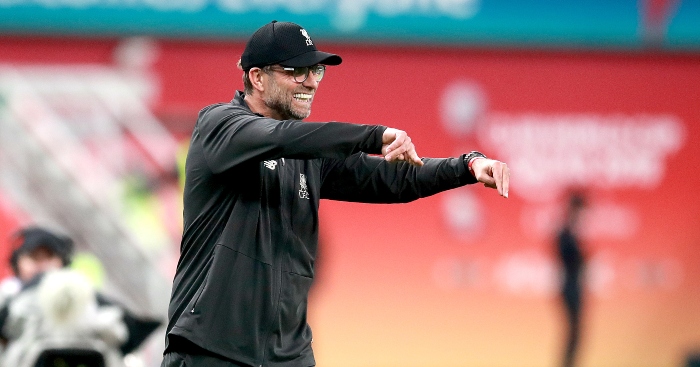 Liverpool will face Flamengo in the Club World Cup final after a tough test in their semi-final against Monterrey.

Jurgen Klopp’s Reds needed a stoppage-time winner from substitute Roberto Firmino to edge past the North American champions after beginning the game with a makeshift defence including Jordan Henderson at centre-back.

And any suggestions Klopp and his squad weren’t taking things seriously were put to one side when the Liverpool manager got into a heated argument with opposite number Antonio Mohamed, bringing yellow cards for both.

The row began when Mohamed called for Joe Gomez to be given a second yellow card for handball, and Klopp understandably didn’t agree.

The Monterrey boss continued his argument on the side of the pitch, and only relented when he was shown a yellow card – a punishment also doled out to Klopp, who seemed baffled by the whole affair.

Thankfully for the Liverpool manager, the punishment isn’t severe enough to keep him out of Saturday’s final against Flamengo.