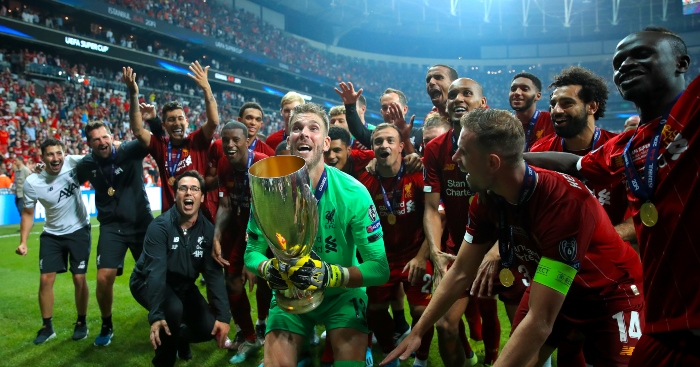 Jurgen Klopp pulled out his best Rocky impression to hail Adrian after the goalkeeper proved Liverpool‘s hero in their UEFA Super Cup victory over Chelsea.

Adrian only joined Liverpool less than two weeks ago following his release from West Ham but was thrust into the team after Alisson Becker suffered an injury in the opening game of the season.

And the 32-year-old came to the Reds’ rescue as their clash with Chelsea went to a penalty shootout after Sadio Mane’s brace had been cancelled out by goals from Olivier Giroud and Jorginho.

Watch: Mohamed Salah pulls off two nutmegs in a matter of seconds

Can you name Liverpool’s top scorer from every Premier League campaign?