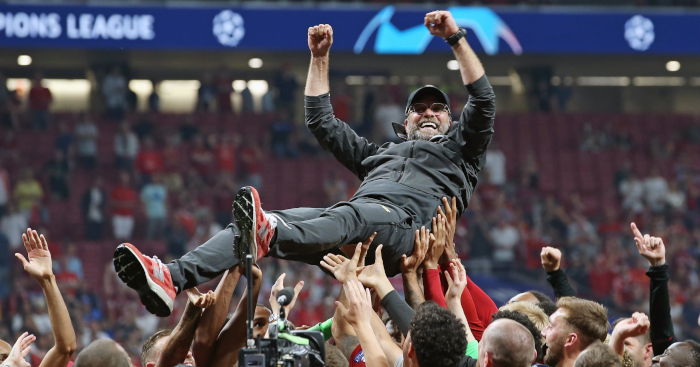 We can only imagine the night out Liverpool‘s squad enjoyed after winning the Champions League final – and it only took 20 minutes for Jurgen Klopp to get “half p*ssed” after the victory over Tottenham.

An early goal from Mo Salah and a late strike from Divock Origi saw Liverpool beat Tottenham 2-0 in Madrid on Saturday night to win their six European Cup.

Klopp has never been one to hide his emotions and broke into an adaptation of Salt’N’Peppa’s hit ‘Let’s Talk About Sex’ in one post-match interview.

And while being interviewed live by BT Sport, the German admitted he was already “half pissed” only 20 minutes after the final whistle.