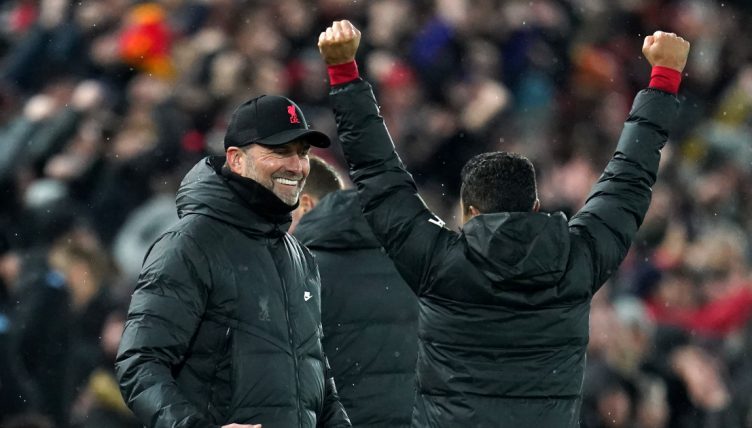 Reds boss Klopp would have been relieved to see his Liverpool side hold on to their victory which came courtesy of a Mohamed Salah penalty and which kept the pressure on Manchester City at the top of the Premier League table.

As the game came to an end, the big German turned to Thiago, who was standing next to him during the final moments of the match, and embraced the Spanish midfielder, lifting him up while Thiago returned the sentiment by slapping Klopp’s back.

The German had originally gone to shake Thiago’s hand but the playmaker raised his hands in the air and Klopp went in for the embrace instead.

This is not the first time Klopp has been seen celebrating enthusiastically with his Spanish technician and it seems the pair have struck up quite a healthy relationship since Thiago’s move from Bayern Munich in 2020.

Victory over Aston Villa meant Liverpool have won all of their past seven games in all competitions since their loss to West Ham in early November.

They sit second in the Premier League, four points behind Manchester City with a game in hand.

The seven players to play for both Liverpool and Inter Milan