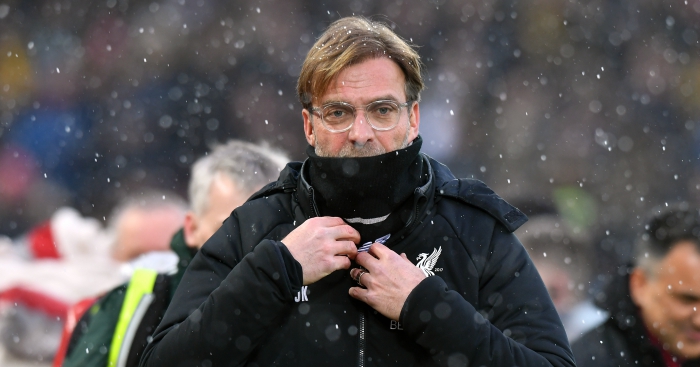 Liverpool manager Jurgen Klopp says one of the only differences between England and his country is the way they drink.

The German, who has been in charge at Anfield since 2015, has lost just one of his last nine matches in all competitions.

His Liverpool side thrashed Watford 5-0 at the weekend, with Roberto Firmino grabbing yet another no-look goal, while Mo Salah fired himself into the lead in the Premier League scoring charts with a four-goal haul.

And Klopp revealed what he saw as the main difference between Engliish and German culture, when interviewed by the BBC’s Gabby Logan this week.

Logan said: “We are as nations so close, there’s only a language between us,” to which Klopp responded: “That’s true. And the kind of partying is different.”

“In what way?” Logan asked, and the Liverpool manager revealed he was left bemused when the English contingent of his house party arrived late and half-cut, having pre-drank at several bars before.