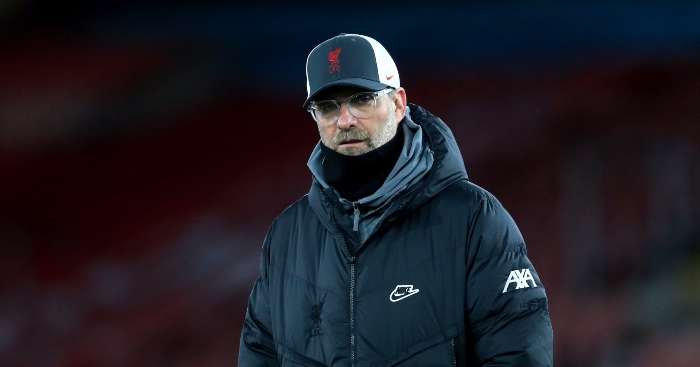 Liverpool finally scored their first Premier League goal of 2021 and Jurgen Klopp summed up the feelings of Reds fans across the world.

After Sadio Mane scored in a 1-1 draw with West Brom in December, Liverpool then went four Premier League games without a goal.

Their famed front three of Mane, Roberto Firmino and Mohamed Salah have all come under heavy criticism in recent weeks but were back to their best against Tottenham.

Mane found space in the box and unselfishly crossed for Firmino, who tapped the ball home from close range on the stroke of half time.

It was their first goal in 482 minutes of Premier League action and Klopp couldn’t hide his relief at half-time.

The goals came like buses for Liverpool as Trent Alexander-Arnold doubled their lead and Sadio Mane made it 3-1 after Pierre-Emile Hojbjerg pulled a goal back for Spurs.

That one meant A LOT to Jürgen Klopp! 👊 pic.twitter.com/uDNF7b7AbT