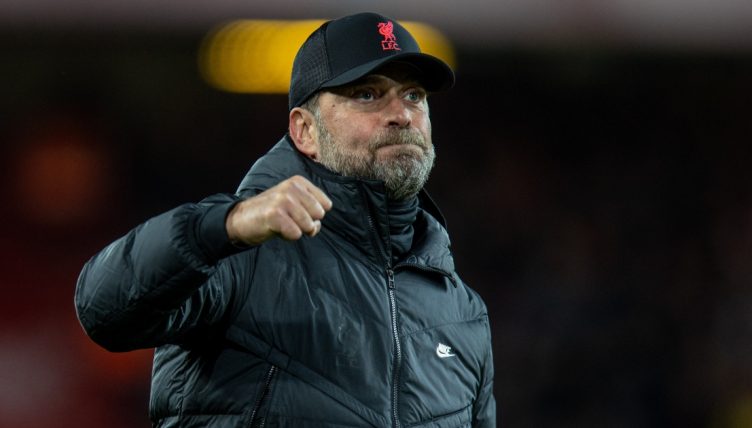 Liverpool manager Jurgen Klopp clearly enjoyed his side’s 4-0 win over Arsenal – if his celebrations after the game are anything to go by.

Klopp became embroiled in a touchline bust-up with Arsenal counterpart Mikel Arteta during the first half, when it appeared that the pair were close to coming to blows.

That incident kickstarted Liverpool’s performance as they went on to demolish their opponents through goals from Sadio Mane, Diogo Jota, Mohamed Salah and Takumi Minamino.

Klopp relished his side’s victory and treated the adoring Kop to his trademark wheeling up and three punches after the game.

Asked by talkSPORT if his side’s performance was perfect, Klopp said: “No. Perfection was not the word I had in my mind since the game finished but I thought we did really well.

“We cannot take these kind of performances and goals for granted and we will not, but the international break is not a great time.

“It’s not just a problem for us, but we lost the last game and the boys go all over the planet.

“Then they came back and it’s bits and bobs there and we have just one session to prepare them for the game against the in-form side in the league. So it’s tricky.”