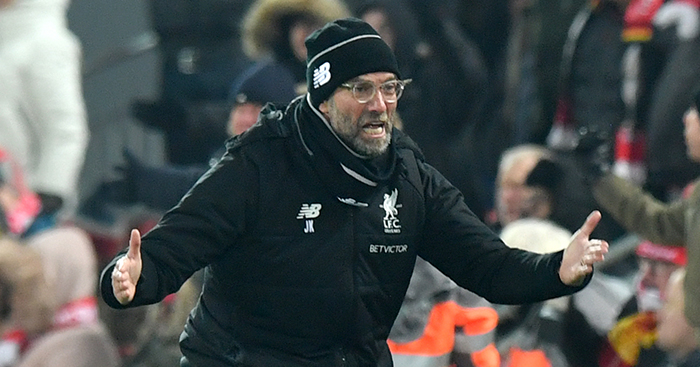 Liverpool beat Newcastle United 2-0 at Anfield on Saturday evening – but Jurgen Klopp was still furious when Jamaal Lascelles was not penalised for bringing down Mohamed Salah in stoppage time.

Salah and Sadio Mané had already won Liverpool the three points which moved them up to second in the Premier League, but Klopp still couldn’t believe it when referee Graham Scott did not even award a free-kick as Salah was bundled over just as he looked set to go one-on-one with Martin Dúbravka.

Salah had moved level with Harry Kane on 24 Premier League goals for the season with his opener five minutes before half-time, but the Egyptian would surely have fancied his chances of going clear at the top of the scoring charts had he not been felled by Lascelles.

Salah has now scored in seven consecutive games for Liverpool in all competitions, becoming the first player to do so since Daniel Sturridge netted in eight in a row in February 2014.

If selected, the Egyptian will have the chance to equal that record on Tuesday night when the Reds host Porto in the second leg of their Champions League last-16 tie.