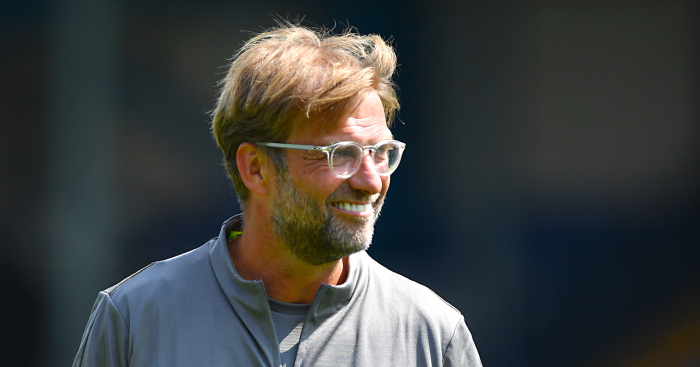 Liverpool defeated West Ham by four goals to nil in their opening Premier League game of the season, with Mo Salah opening the scoring.

Sadio Mane scored twice in a man of the match performance, taking the game beyond the Hammers’ reach before Daniel Sturridge added a fourth in the dying minutes.

The club have spent a significant amount of money this summer as they aim to push Manchester City for the title, and are the only side many pundits can see coming close.

Jurgen Klopp may feel under particular pressure as a result, and some of that pressure showed as he reacted to Salah’s opener in the 19th minute.

Salah finished from close range after Andy Robertson found him with a low cross across the six-yard box, before the camera cut to the German manager to show his incredibly passionate reaction to the Egyptian’s goal.

Watch: James Milner jokes about scrum after playing in headband vs West Ham