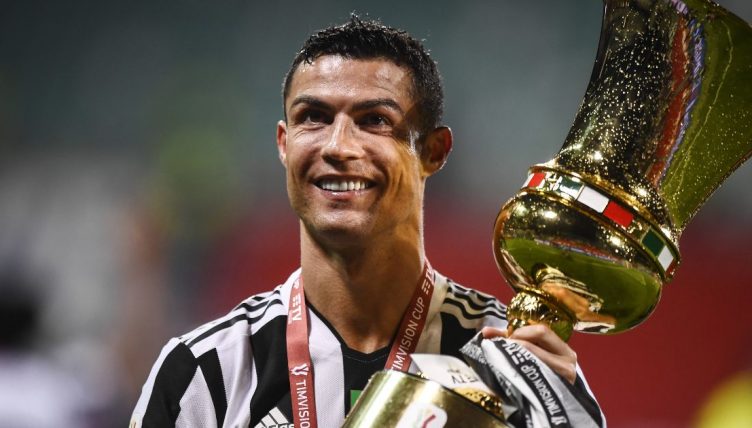 Cristiano Ronaldo collected yet another trophy as Juventus beat Atalanta 2-1 in the Coppa Italia final on Wednesday night. And there’s something about cup finals that seems to inspire the forward to cheat the laws of gravity.

Dejan Kulusevski opened the scoring for Andrea Pirlo’s side before Atalanta levelled through Ruslan Malinovskiy just before half-time.

Federico Chiesa then netted the decisive goal in the 73rd minute and Ronaldo has now won every single major trophy available in England, Spain and Italy.

The Portugal international nearly registered an outstanding backheel assist for Chiesa during the game and also produced one of his trademark leaps.

After the ball was crossed into the box, Ronaldo sprung into the air before controlling it on his chest – reminiscent of his leap to head home for Manchester United in the 2008 Champions League final against Chelsea or his great forgotten goal against Roma.

Juventus will now finish the season with an away game against Bologna and need a win to keep their Champions League qualification hopes alive.