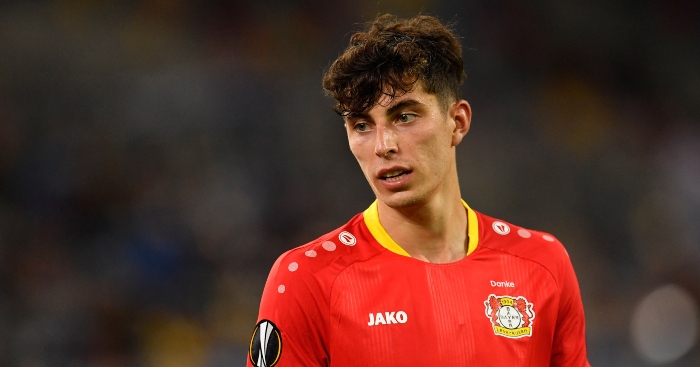 Chelsea fans have got their first glimpse of new signing Kai Havertz after the 21-year-old completed his big-money move from Bayer Leverkusen.

Havertz is widely regarded as one of the best young midfielders in the world, having registered 18 goals and eight assists in all competitions for Leverkusen in 2019-20.

The Blues eventually won the race for his signature and agreed to pay the Bundesliga side an initial fee in the region of £71million, plus various add-ons.

After signing for the club on Friday, he was put through his paces just 24 hours later in an individual training session with the Chelsea coaches.

Footage from the session shows the Germany international scoring several goals with both his left and right feet during a shooting drill.