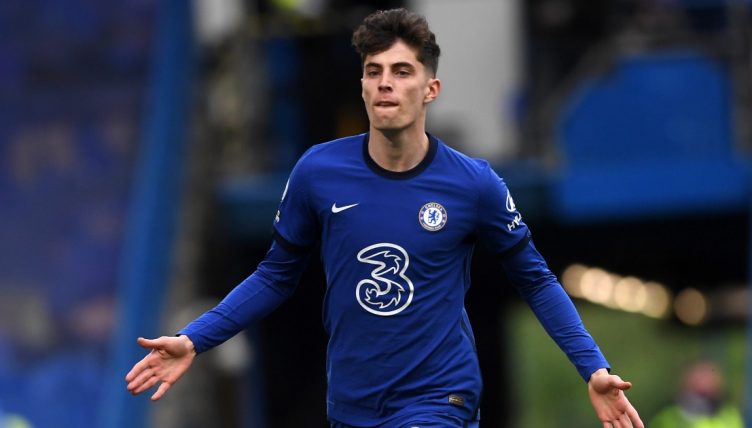 Kai Havertz carried his Champions League-winning form into pre-season as he opened the scoring for Chelsea against Arsenal.

Havertz arrived in English football with a big reputation but the Germany international struggled at times during his debut season at Stamford Bridge.

But the attacking midfielder scored Chelsea’s winning goal against Manchester City in the Champions League final and, following his good performances at the Euros, appears to have carried that form into the upcoming campaign.

He was on hand to score Chelsea’s opener following a swift counter-attack.

Timo Werner, who also endured an inconsistent season at Stamford Bridge, carried the ball forward and slipped it across to his international team-mate.

Havertz ignored the advancing Bernd Leno and rifled the ball into the roof of the Arsenal net.