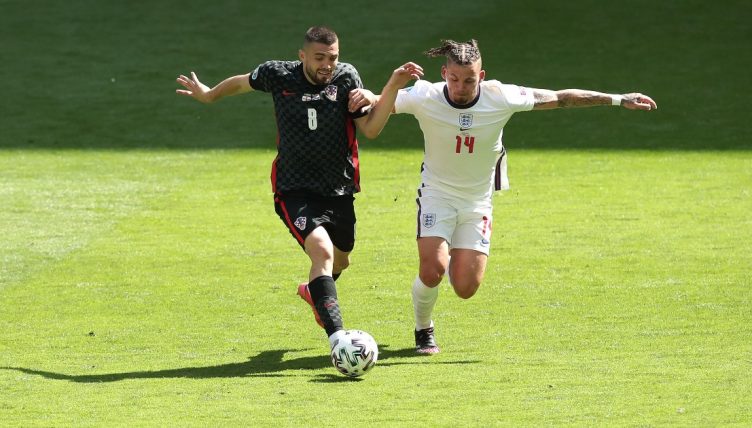 Leeds United‘s Kalvin Phillips has given a heartwarming new interview after his man of the match performance in England’s Euro 2020 opener against Croatia suddenly thrust him into the limelight.

Raheem Sterling’s match-winning goal was assisted by Phillips, who put in an energetic and dominant midfield performance up against the likes of Luka Modric and Mateo Kovacic.

The 25-year-old midfielder had never represented England at youth level, and made over 150 appearances in the Championship for boyhood club Leeds before they achieved promotion and he was called up by Gareth Southgate.

He continued to impress as a key player under Marcelo Bielsa as they finished top half in their first season back in the Premier League, but England’s match against Croatia saw him earn new fans on the biggest stage of his career to date. His performance earned praise from the likes of Nigel De Jong, Michael Ballack and Mesut Ozil.

This new interview, given to ITV Sport ahead of England’s crunch clash with historic rivals Scotland, was just a really lovely watch, as Phillips talked about the influence of Bielsa, the support from his family, and his sadly departed grandmother Val.