Watch: Kante gets lifted into air after standing at back of Chelsea trophy lift 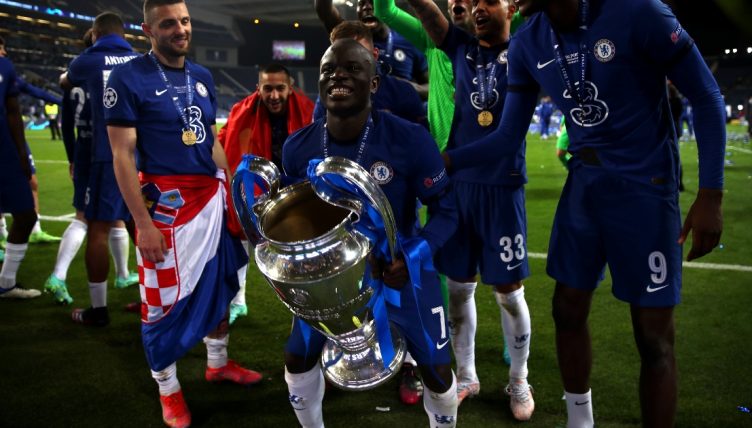 N’Golo Kante carried Chelsea at times during their 1-0 victory over Manchester City in the Champions League final on Saturday, so Kurt Zouma was more than happy to quite literally return the favour during the post-match celebrations.

Ever the man for the big occasion, Kante was irrepressible throughout the match, with his intelligence and dynamism providing invaluable protection to Chelsea’s defence.

Zouma was pictured carrying Kante aloft afterwards in one of the best images from the match and was also spotted lifting his fellow Frenchman in the air during the trophy lift, as the typically modest midfielder stood at the back of the celebrations.

Good on ya, Kurt. N’Golo is too precious for this world, so it’s always good to see his fellow pros make sure he gets the recognition he more than deserves.