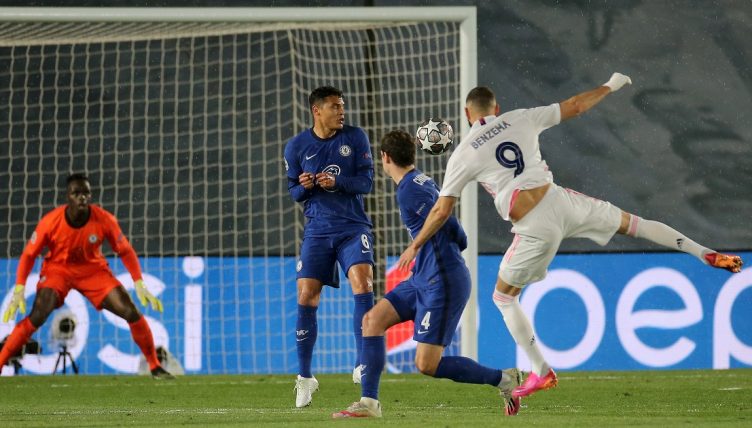 Real Madrid were far from their best in the first half of their Champions League semi-final first leg at home to Chelsea, but Karim Benzema certainly couldn’t be criticised.

Benzema has been Real’s talisman ever since Cristiano Ronaldo left for Juventus, and he was the man for the big occasion once again on Wednesday evening, with a sensational finish to get Los Blancos back on level terms – somewhat against the run of play – after Christian Pulisic’s opener.

And the Frenchman was a little unfortunate not to have been on the scoresheet twice, having unleashed an absolutely lethal strike at Edouard Mendy’s goal on 22 minutes.

Running into space and finding his opportunity just outside the Chelsea box, Benzema couldn’t have struck the ball sweeter. It looked as though it was rifling right into the postage stamp but the swerve saw it strike the outside of the post.

An early warning of what that left peg is capable of.