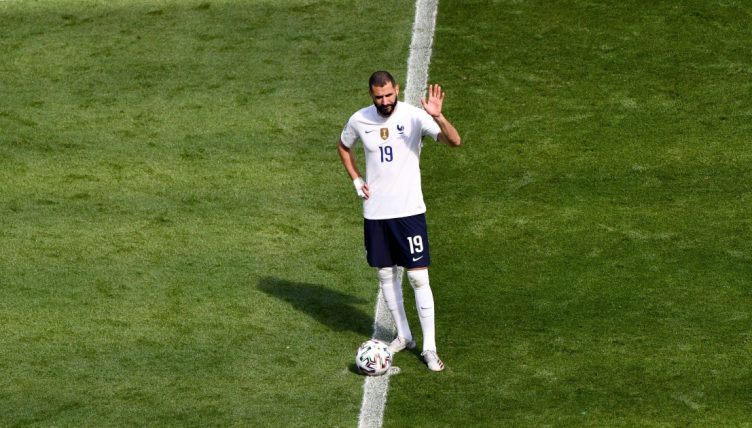 Karim Benzema missed a golden opportunity as France were held to a 1-1 draw by Hungary in their Euro 2020 match.

Benzema was sensationally recalled to the France squad for the Euros by manager Didier Deschamps after not appearing for his country since 2015.

And the Real Madrid striker instantly slotted into the starting XI for the 1-0 win over Germany in their group opener.

Benzema retained his place for the match against Hungary in Budapest but was guilty of missing a huge chance during the first half.

Antoine Griezmann curled the ball into Kylian Mbappe who had made an excellent run into the penalty area.

Mbappe controlled expertly and brilliantly flicked the ball behind him to the advancing Benzema.

But the 33-year-old uncharacteristically sliced wide after the ball bobbled off his shin.

France were made to regret their list of missed chances after Hungary valiantly earned a draw. The world champions will need to avoid defeat against Portugal to guarantee their place in the next round.

That run and flick from Kylian Mbappé 👌