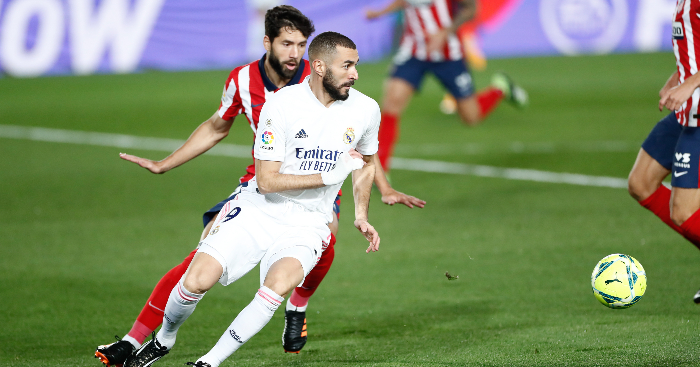 Real Madrid manager Zinedine Zidane has hailed Karim Benzema as the “greatest French striker in history”, and from moments like this we can see why.

Yes, Benzema might have scored two crucial goals as Los Blancos beat Athletic Bilbao 3-1 to make it nine from his last 10 appearances for the club in all competitions.

He’s scored over 350 career goals and has four Champions Leagues, three La Liga and four Ligue 1 titles to his name, so his manager certainly has a point. And Zidane is worth listening to when it comes to French legends, even if the striker has been exiled from Les Bleus for the past five years.

All that’s the important stuff. Exhibit A in the case for him being one of the greats. But no argument about Benzema’s class is complete without a mention for moments of genius like this one.

Receiving a ball in midfield standing perfectly in the centre of a triangle comprised of three Bilbao bodies, Benzema has the perfect mix of confidence, impudence and speed of thought to stand still for a second and let the ball deflect off his back and into the path of Federico Valverde. Beautiful stuff.