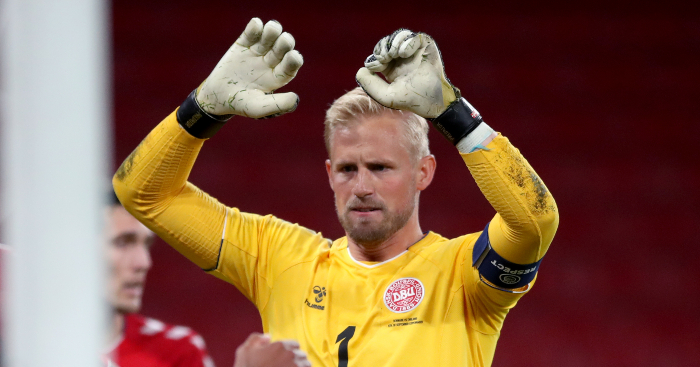 England endured a frustrating night at Wembley as they made to chase a one-goal deficit with ten men against Denmark.

Harry Maguire received a first-half pair of yellow cards shortly before Christian Eriksen converted a contentious penalty, but England went on to dominate in terms of possession and territory, if not clear-cut chances.

But it looked as though they’d found an equaliser midway through the second half when Chelsea’s Mason Mount got under the ball inside the six-yard box and headed at goal, but was denied by Kasper Schmeichel – who produced a sensational one-handed stop to deny him.

Watch the save below:

Some save from Kasper Schmeichel to keep Mason Mount out at Wembley… pic.twitter.com/nJNt19T23x