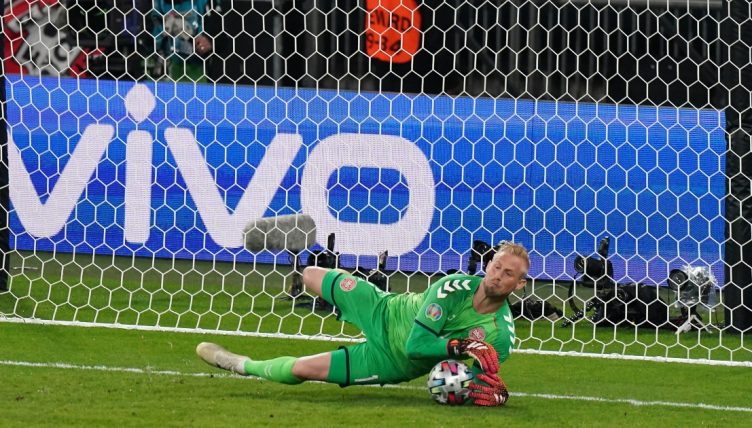 Denmark’s trip to Wembley on Wednesday evening ended in disappointment as they lost 2-1 to England in the Euro 2020 semi-final.

Having gone behind for the first time at the tournament, England were not at their best in the first half, but they put in an impressively dominant display throughout the second half and extra time.

It left Denmark putting in a backs-to-the-wall rearguard performance to keep the scores tied at 1-1 after Simon Kjaer’s own goal cancelled out Mikkel Damsgaard’s superb free-kick in the first half.

England’s pressure did eventually tell with a penalty given midway through extra time, but it was shrouded in controversy. Denmark coach Kasper Hjulmand stated in his post-match press conference that he didn’t believe Raheem Sterling had been fouled, an opinion shared by Jose Mourinho and Arsene Wenger.

Harry Kane stepped up and saw his spot-kick saved by Leicester City goalkeeper Kasper Schmeichel, although he was able to slot home the rebound. Close-up replays subsequently showed that someone in the crowd was shining a laser pen in Schmeichel’s eyes in the vital seconds before Kane’s penalty.

Uefa have since opened proceedings against England over the “use of a laser pointer”.