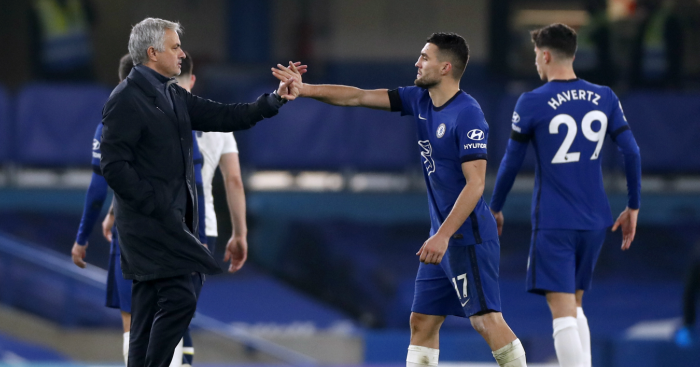 Roy Keane has accused Tottenham manager Jose Mourinho of “playing games” in his post-match interview following their 0-0 draw with Chelsea.

Spurs entered the weekend top of the Premier League table, with Chelsea narrowly behind them. With neither team wanting to lose against a direct rival, the match at Stamford Bridge was understandably tense and cagey. A goalless draw was the inevitable result.

Speaking to Sky Sports, Mourinho said that the major positive he took from the game was that his team were not pleased with the result – representing a “complete change of mentality … of personality”.

In response, Keane said: “There was no surprise with what we saw from Tottenham today.

“Jose was saying about how the players were disappointed in the dressing room, they should be delighted.

“This is the same team that finished sixth last year and celebrated on the pitch like they’d won the league, with Jose skipping down the tunnel.

“I think he’s playing games, he’ll be delighted with that (draw).”

"This is the same team that finished 6th last year and celebrated on the pitch like they'd won the league!" 🤣