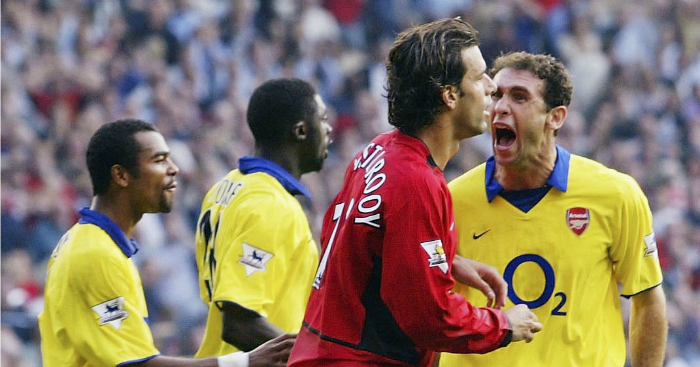 Old rivalries were renewed recently as Roy Keane and Thierry Henry argued about the infamous Manchester United and Arsenal clash of 2003.

Arsenal’s visit to Old Trafford in September 2003 will always be remembered for Martin Keown’s reaction to Ruud Van Nistelrooy’s penalty miss when the defender jumped up and screamed in the Dutchman’s face.

With the two teams at the height of their intense rivalry, Patrick Vieira had early been controversially sent off after being deemed to have kicked out at the striker, despite replays showing no contact had been made.

But on a show to remenisce over 25 years of the Premier League, Keane to exception to Henry’s suggestions that Van Nistelrooy got Vieira sent off.