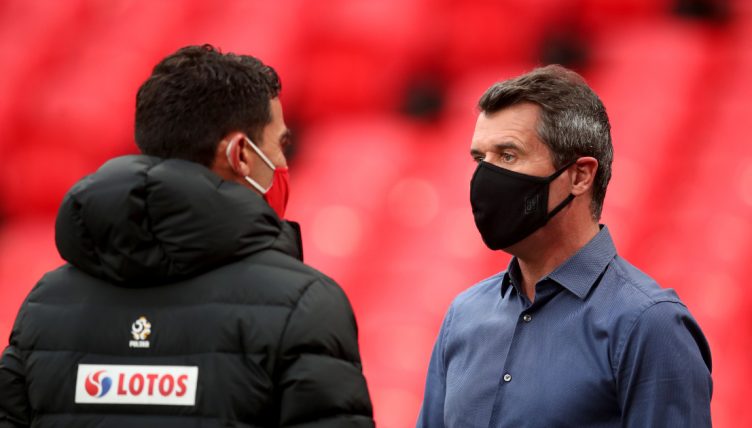 Keane said that the United side that played today looked as if they had no desire to keep battling for the win on the pitch.

“You stay in the fight,” Keane said.

“You regroup as a team. You’re on the ropes but you carry on swinging.

“They just don’t have the desire and fight to stay in the fight.”

The Irishman was known for his combative nature in the middle of the pitch for Manchester United during his time at Old Trafford and performed several times for the club on big occasions.

“This team doesn’t have personality,” he continued.

“I’m sure they’re a decent group, but it’s what happens when the referee blows the whistle.”

🗣 "I've often had it when I've not been at the races in a game and I go 'you know what, what I might do is go and smash into somebody'"