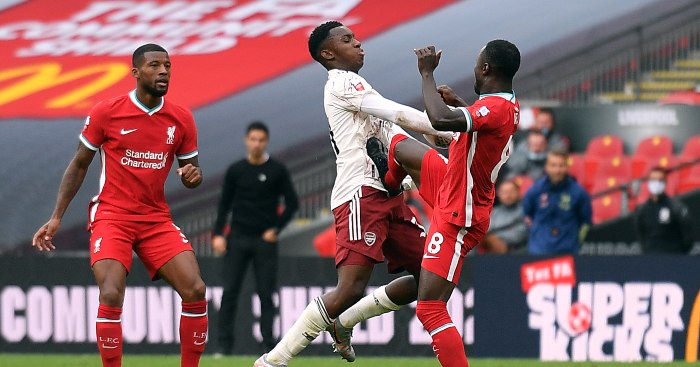 Arsenal fans were left unhappy after Naby Keita avoided a card for a heavy challenge on Eddie Nketiah in the Community Shield on Saturday, although Gooners had the last laugh as Mikel Arteta’s men beat Liverpool on penalties.

In another promising display by Arteta’s Arsenal, Pierre-Emerick Aubameyang scored a stunning opener at Wembley, while the north Londoners squandered further chances to score.

Liverpool showed their quality to get back into the game as Takumi Minamino scored his first goal for the club, but Rhian Brewster to missed the only spot-kick of the shoot-out.

Keita’s challenge on Nketiah provided a flashpoint in the second half, although it appeared accidental rather than intentional.