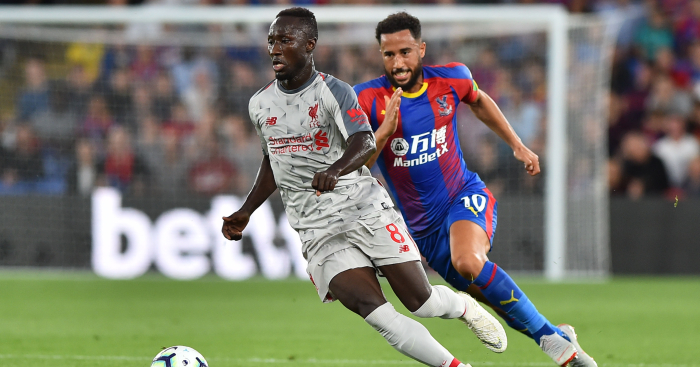 Naby Keita produced an eye-catching performance in Liverpool‘s 2-0 victory at Crystal Palace – and very nearly registered a spectacular assist in the first half.

Despite agreeing a deal to sign Keita in August 2017, Liverpool fans have had to wait 12 months to see the midfielder in action after he spent one final season at RB Leipzig.

And, if his display at Selhurst Park is anything to go by, the 23-year-old has been worth the wait.

Keita was named man of the match by the Mirror, while iNews described him as the “ultramodern footballer” who “spent the first half passing like a human Pez dispenser”.

One of those passes should have led to a Mohamed Salah goal, as Keita beat Andros Townsend with a brilliant turn before finding his team-mate with an excellent long ball.