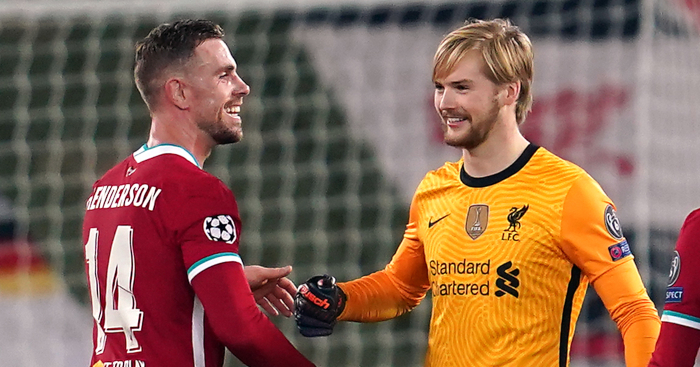 Caoimhin Kelleher was thrown in the deep end as he made his Champions League debut for Liverpool against Ajax at Anfield on Tuesday night.

Having only previously appeared for Liverpool in domestic cup competitions, Kelleher was given the nod ahead of the more experienced Adrian for the Reds’ crunch Champions League tie with Ajax.

Despite playing behind a makeshift back four, Kelleher stood up well to everything Ajax threw at him as Liverpool won 1-0 thanks to Curtis Jones’ second-half goal.

The 22-year-old Kelleher was selected ahead of Adrian after the Spaniard made a number of error-strewn appearances while deputising for Alisson at the start of the season.

And the Republic of Ireland youth international repaid the faith shown in him by Jurgen Klopp by making a string of important saves.

None were quite so important as the goalkeeper’s 88th-minute save from Klaas-Jan Huntelaar’s header, which in effect ensured Liverpool qualified for the knockout stages with one game to spare.