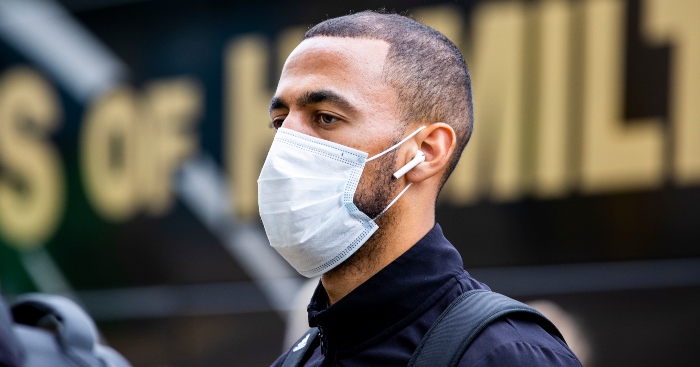 We’ve all seen David Beckham’s goal against Wimbledon. Close your eyes now and the picture is clear as day.

Beckham’s effort from the halfway line has become the standout example of that particular genre of goal. Xabi Alonso has also managed the trick at least twice during his Liverpool days.

Now, Kemar Roofe is the newest member of an exclusive club.

With Rangers’ Europa League game away at Standard Liege coming to its conclusion, the Scottish side held a narrow advantage.

Roofe won the ball deep in his own half, the midfielder dribbled his way through three despairing Liege tackles with the ease of a Victorian pickpocket.

Finding himself inches inside the Rangers half of the field, Roofe spotted the goalkeeper Arnaud Bodart standing absent-mindedly off his goal-line.

Naturally, Roofe decided the best option would be to buy a lottery ticket and aim for goal.

The execution was perfection. Using impeccable technique, Roofe launched the ball towards the opposition net. Deliciously, it arched its way perfectly in the intended direction.

In a moment of perfect piss-taking, the ball found time to bounce tantalisingly close to Bodart’s despairing dive before nestling in the back of the net. The keeper ended up lying alongside the ball to complete his humiliation. Seemingly in need of a distraction, he decided to stretch his calf muscles.

Roofe wheeled away in celebration, intent on milking his moment. He was soon mobbed by ecstatic team-mates and Rangers had sealed an impressive away win.

A moment of magic from Kemar Roofe! ✨

Rangers are off to the perfect start in Europe! ❤️💙 pic.twitter.com/eHykkDWLYu

The eight stages of Ryan Kent’s development at Rangers: Boy to man