Watch: Keown says Ozil’s exclusion ‘has to be an application thing’ 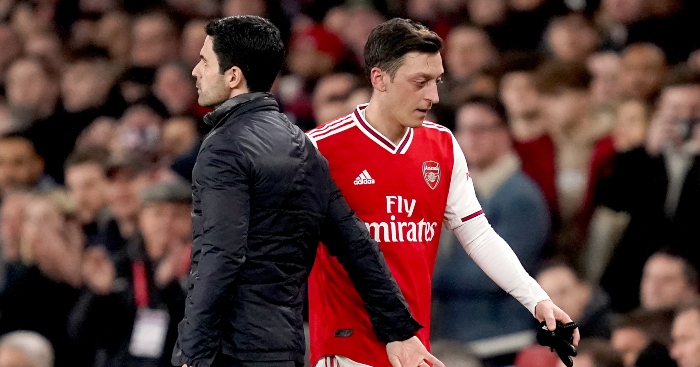 The exclusion of Mesut Ozil from Arsenal‘s domestic and European squads is one of the most frustration developments of recent seasons for plenty of Gunners fans.

Ozil remains one of football’s most talented playmakers, capable of spotting a pass where mere mortals would see only human congestion.

Therefore, despite its inevitability, the decision of manager Mikel Arteta not to include Ozil in his squads has been met with regretful noises from most pundits.

Speaking on BT Sport, Owen Hargreaves and Martin Keown expressed their regret at how Ozil’s career has panned out.

Hargreaves, noting that only Messi has matched Ozil’s number of assists since his arrival in north London in 2013, said: “It’s a shame he can’t play football. He should be in the squad in the Premier League and Europa League.”

Keown spoke of this “sadness” at Ozil’s situation, adding: “I think it’s extremely sad for a quality player. It has to be an application thing.”

With his contract due to expire at the end of the current season, Ozil looks set to see out his Arsenal days on the sidelines.

"It's a shame he can't play football. He should be in the squad in the Premier League and Europa League."

"I think it's extremely sad for a quality player. It has to be an application thing."

Owen Hargreaves and @martinkeown5 weigh in on the Mesut Özil saga… pic.twitter.com/5K0fG10JDC