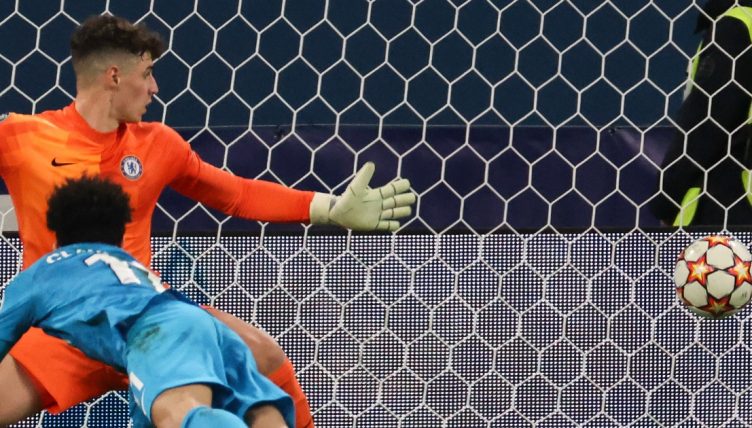 Chelsea have finished runners-up in their Champions League group and will likely have to face one of Europe’s powerhouses in the Round of 16 after a 3-3 draw away to Zenit Saint Petersburg.

Back-up goalkeeper Kepa Arrizabalaga was given the nod by Thomas Tuchel for the trip to Russia, and things didn’t go to plan as they conceded three goals for the first time this season.

But they might have conceded even more, were it not for one particularly stunning stop from Kepa. The Spaniard made four saves on the night, while Chelsea have only allowed more xGA (expected goals against) once during Tuchel’s reign (via James Benge).

It was a perfect start for the Blues, with Timo Werner scoring their fastest-ever Champions League goal after just one minute. But hosts Zenit turned things around in the first half, and while Chelsea fought back to regain their lead, they ended up conceded an equaliser deep into injury time.

Juventus, meanwhile, beat Malmo 1-0 to leapfrog Chelsea to top spot. The result means that Tuchel’s men may have to play Bayern Munich, Real Madrid or Ajax in the first knockout stage.

Still, Kepa can keep his head held high after making this stunning reaction save.

It could have been worse, Chelsea fans…

Look at this stunning save from Kepa Arrizabalaga! ⛔️🧤#UCL pic.twitter.com/hPLPDXAkiE