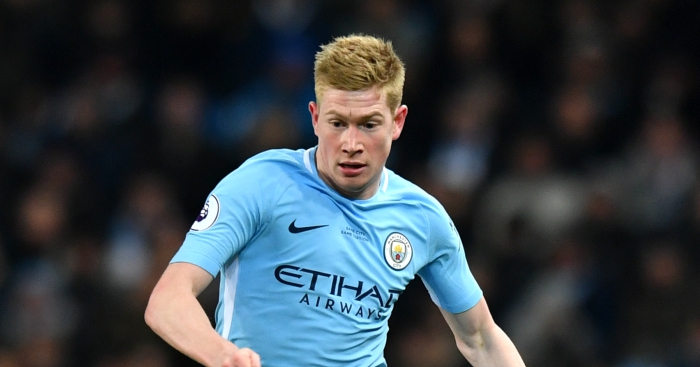 Spirits are obviously high for Kevin De Bruyne and Oleksandr Zinchenko at Manchester City – but the Belgium international is definitely the boss.

De Bruyne is the favourite to win Player of the Year this season having starred in City’s impressive campaign.

Zinchenko, meanwhile, has recently enjoyed a run in Pep Guardiola’s team at left-back, catching the eye with his displays, despite playing out of position.

City signed the 21-year-old winger in 2016 from Russian side Ufa, but he was sent on loan to PSV last season.

The Ukraine international was expected to head out on loan this term, but he instead opted to remain patient in Manchester, and recently impressed following injuries to Benjamin Mendy and Fabian Delph.

De Bruyne, however, is not cutting the youngster and slack, and has labelled Zinchenko his “ugly brother” in City training. Watch below.