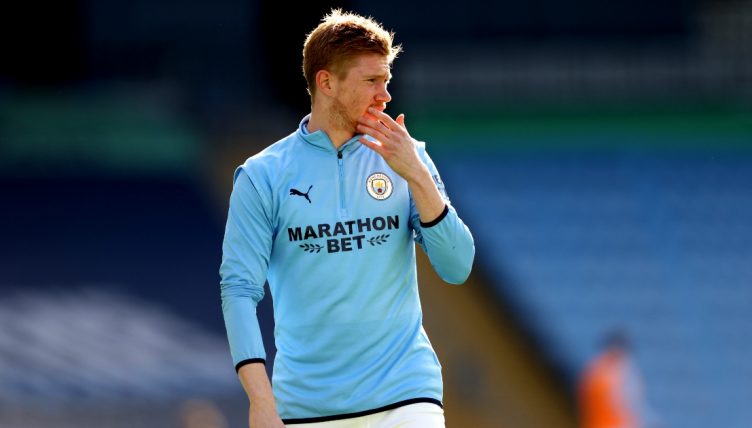 Manchester City were made to work for their 21st consecutive victory in last night’s match against Wolves, but they really started to dazzle in the closing stages, with Kevin De Bruyne looking particularly good.

Pep Guardiola might have thought he’d have to settle for a point as the clock ticked to the final 10 minutes with the score tied at 1-1 after Conor Coady’s first-ever Premier League goal cancelled out an early own goal from Leander Dendoncker.

But De Bruyne had other ideas, playing a key role in setting up Gabriel Jesus’ 80th-minute strike, and once they regained their lead they started to enjoy themselves.

Riyad Mahrez and a second goal from Jesus added gloss to the result with two more goals in injury time, but the silkiest moment came from City’s Belgian playmaker.

Pressed by a Wolves player, De Bruyne shows incredible technique to take the ball first-time on the volley, playing it behind himself and into the path of Jesus, who finds himself in space with a chance to cross to Raheem Sterling.