Watch: Kevin de Bruyne swears upon realising he needs to do interview 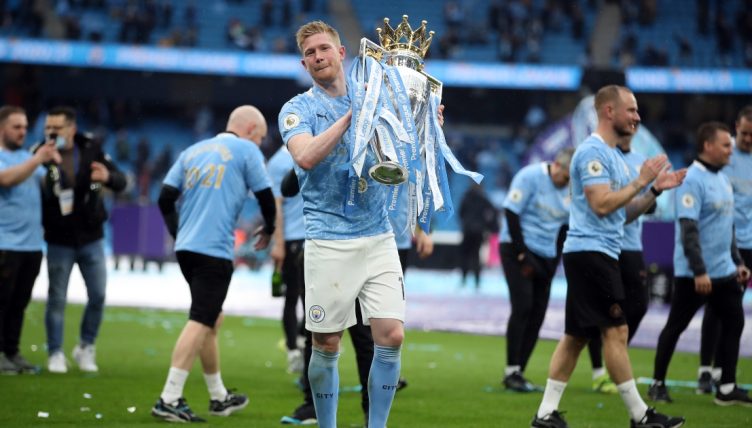 Manchester City midfielder Kevin de Bruyne provided a flashback to prime Paul Scholes upon being asked to do a post-match interview.

Scholes was notoriously shy during his playing career, often being reluctant to undergo post-match interviews.

And it would seem De Bruyne is cut from a similar cloth.

The Belgium midfielder has been imperious during City’s title-winning campaign and was determined to celebrate following their 5-0 win over Everton on Sunday.

But one City employee had the unfortunate task of telling De Bruyne he needed to speak to the media.

Wearing his winner’s medal around his neck and a look of distaste upon his face, the 29-year-old can be seen mouthing “aww, for f*cks sake” as he realises any celebrations would need to be put on pause.

De Bruyne has a big summer ahead with next week’s Champions League final being quickly followed by the European Championships.

De bruyne being told he’s needs to do an interview! 😂 “aww For F**k’s sake!” @ManCity pic.twitter.com/XlNlGIdnPU