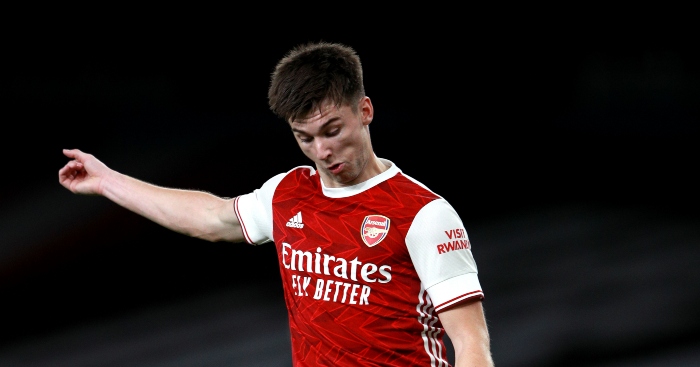 Kieran Tierney is rapidly becoming one of our favourite footballers for many reasons, and his comedy fall during Arsenal‘s clash with Aston Villa on Saturday night.

Tierney has become something of a cult hero at Arsenal, from carrying his belongings in a Tesco bag to winning the FA Cup in his debut season.

During their match with Aston Villa, Tierney inexplicably fell over under no pressure from any opposition players.

Our personal highlight of his spectacular fall was the perfect miskick that preceded it.

It happens to the best of us Kieran, don’t worry.