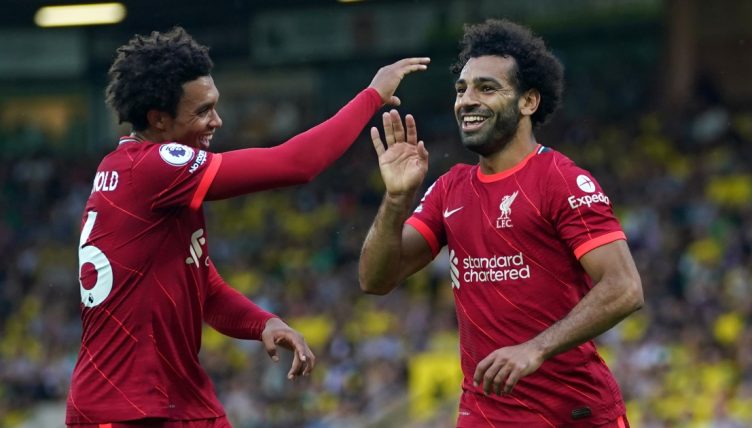 Liverpool manager Jurgen Klopp was left with a stunned reaction on his face after witnessing Mohamed Salah’s latest wonder goal against Watford.

Klopp first lifted his arms into the after the Egyptian netted the Reds fourth goal of the afternoon in what would turn into a 5-0 victory, before then turning around with an almost jaw-dropped expression.

Salah’s goal, which is already being touted by some as a potential goal of the season, came when he casually danced past three defenders before then curling the ball into the far corner beyond a stranded Ben Foster.

His goal at Vicarage was very reminiscent of another, similarly brilliant goal the winger scored against Manchester City just two weeks ago, with Klopp saying: “They are different goals. The other one was slightly more dynamic with more space. Neither goal is possible for people with normal feet but it’s possible for him and that makes it really special. You could see the way the team celebrated the goal that everyone knew it was something special.”