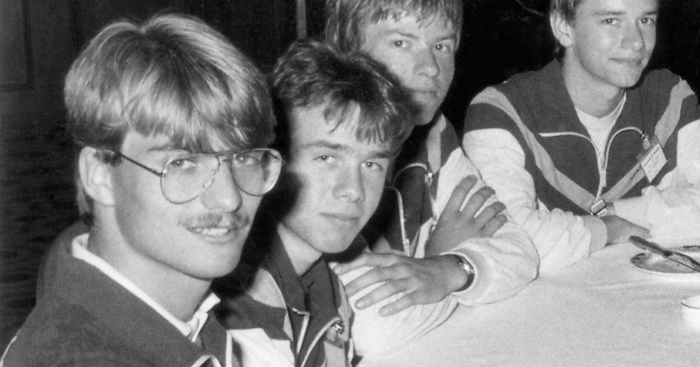 Judging by the photo above, Jurgen Klopp should probably avoid the topic of moustaches, but the Liverpool boss was in high spirits after encountering reporter Fred Caldeira’s own tash.

Diogo Jota’s opener was followed by a stoppage-time Mo Salah penalty to secure the victory that leaves Liverpool top of Group D after two matches following Atalanta’s draw with Ajax.

The result seemed to leave Klopp in a good mood, with the German immediately joking with Caldeira as soon as he spotted him.

To be fair to Caldeira, judging by his Twitter photo, he does look pretty magnificent. If we see Klopp sporting a moustache any time soon, we know where he got his inspiration from.