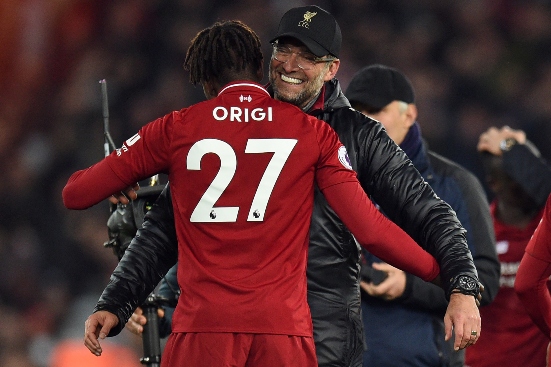 Liverpool‘s Jurgen Klopp looked like he enjoyed their last-minute win over Everton.

The manager couldn’t keep his composure after Divock Origi scored an unbelievable last-minute winner in the Merseyside derby.

The forgotten striker was a substitute and couldn’t believe his luck when Jordan Pickford’s howler gifted him the  chance from close range. Watch the scenes below:

He had some words to the camera afterwards too:

Klopp yelling “Divock Origi scored the goal!” and pointing the camera to Origi is a wonderful mood #LFC #LIVEVE pic.twitter.com/nULhmNUW36