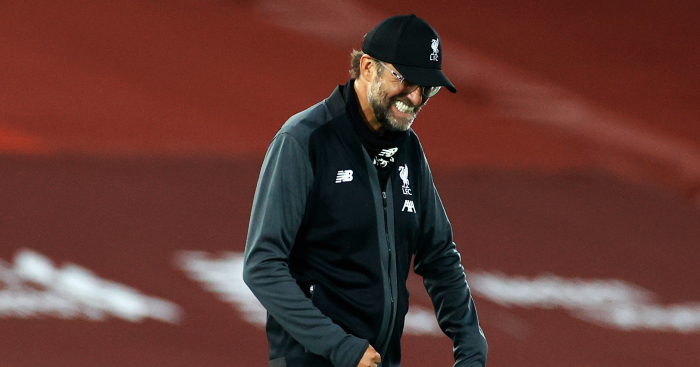 There was a lot for Jurgen Klopp to enjoy in Liverpool‘s resounding 4-0 victory over Crystal Palace at Anfield on Wednesday night.

Liverpool took the lead through a sublime Trent Alexander-Arnold free-kick before Mo Salah made it 2-0, finishing off a brilliant assist from Fabinho.

Fabinho, Klopp’s human spirit level in midfield, made it 3-0 after the break with a thumping drive before Sadio Mane rounded off the scoring, latching on to a superb ball from Salah.

Salah’s pass itself was enough for Klopp to celebrate, even while he waited for Mane to finish the chance, as one eagle-eyed Twitter user spotted.

Check out Klopp’s (bottom of the screen) reaction to Salah’s ball through to Mane for his goal! #LFC 😂 ⚽️ pic.twitter.com/1QuXKGc1kE